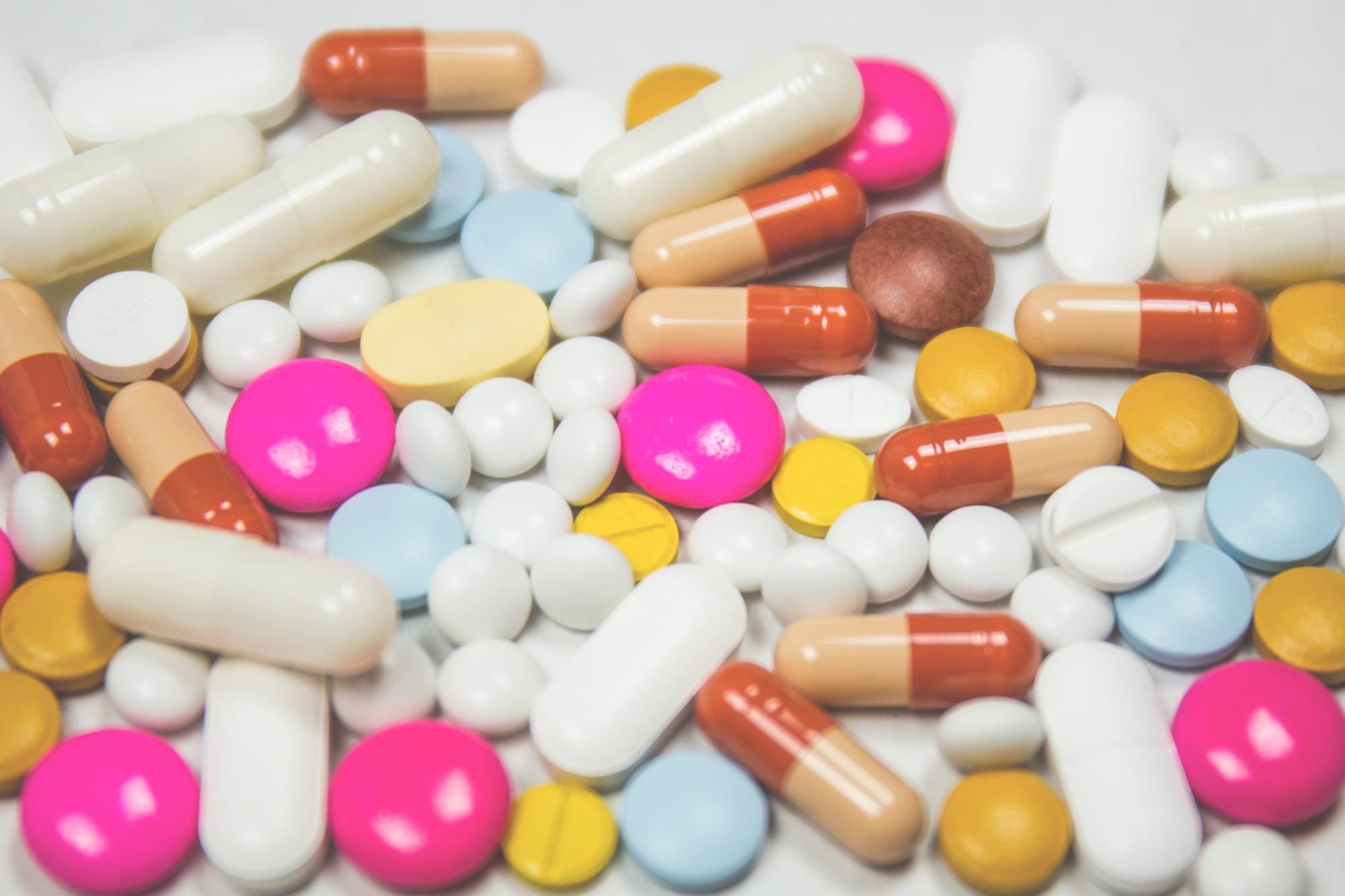 Despite complaints of debilitating muscle pain a General Practitioner friend of mine told a patient to continue taking his cholesterol lowering statin pill, worried that stopping it might result in him suffering a fatal heart attack. She was shocked when I told her that even in those at high risk who have suffered a heart attack the risk of death from stopping the pill for a couple of weeks to see if the side effects disappear was at worst one in 10,000.

Two weeks ago I spoke at a conference organised by one of the UK’s most read health publications, Pulse. I told the packed audience of almost 500 GPs that biased funding of research (research that is funded because it’s likely to be profitable, not beneficial for patients), biased reporting in medical journals, commercial conflicts of interest and medical curricula that fail to teach doctors how to understand and communicate health statistics was contributing to an epidemic of misinformed doctors and misinformed patients. Following eloquent speeches from two eminent family practitioners and a lively debate, the proposal put forward by the Pulse editor of whether clinical guidelines were putting doctors and patients at risk received overwhelming majority support.

What most people don’t realise is that pharmaceutical companies have a fiduciary obligation to provide profit for their shareholders but not give you the best treatment. But the “real scandals” as pointed out by Cardiologist Peter Wilmshurst at a talk given at the centre of evidence medicine are that regulators fail to prevent misconduct by industry and that doctors, institutions and journals whose primary responsibility should be to patients and scientific integrity “collude with industry for financial gain.”

Medical journals and the media can also perhaps be unwittingly manipulated to serve as marketing vehicles for the industry.

In June last year the Medical Journal of Australia (MJA) published a paper claiming that an ABC TV programme questioning the benefits of prescribing cholesterol lowering drug statins to those at low risk of heart disease which aired in 2013 may have resulted in up to 2,900 people suffering a heart attack or death from stopping their medication.

In my view the paper was grossly misleading. Not only did it make extrapolations from industry sponsored data it provided no evidence whatsoever of increasing hospital admissions or recorded deaths to back up such claims.

The subsequent media headlines generated by the MJA article in Australia may have only served to bully, harass and silence those such as Dr Maryanne Demasi, the journalist behind the ‘Heart of the Matter’ investigation that highlighted the systemic lack of transparency of the clinical trial data regarding efficacy and side effects of statins for people without cardiovascular disease, diabetes, or LDL levels above 190 mg/dL and unwillingness of the drug companies to release the data for independent scrutiny. In fact the emerging evidence suggests at best the benefits of statins have been grossly exaggerated and side effects underplayed. Well before any media hype community based studies reveal ~ 75% of new users will stop taking their statin within a year of prescription with 62% citing side effects as a reason.

Earlier this year two separate groups of researchers in Japan and France have independently questioned the reliability of many of the earlier industry sponsored studies that show the benefit of statins. Japanese researcher even suggests that statins may be a cause of the increasing population burden of heart failure and reputed French Cardiologist Dr Michel De Lorgeril own analysis reveals that all studies published after 2006 reveal “no benefit” of statins for cardiovascular prevention in all groups of patients.

As a cardiologist who has treated thousands of patients with heart disease and judiciously prescribes statins to high risk patients, I fully support Dr De Lorgeril’s calls for a full reassessment of all the statin studies. He states “physicians should be aware that the present claims about the efficacy and safety of statins is not evidence based.”

Furthermore we must demand that the Clinical Trials Service Unit (CTSU) at Oxford University, which have allegedly received over £20million in research funding from pharmaceutical companies that manufacture the drug, call for release of the raw data on statins for independent scrutiny. It is these industry sponsored studies that have resulted in the prescription of statins to tens of millions of healthy people worldwide driving a multi-billion dollar industry. The lead researcher on statins, Professor Rory Collins who heads the CTSU has also admitted that his group, who hold on to the individual patient data on statins did not fully assess for all possible side effects including muscle pain and memory disturbance.

What is most extraordinary, however is that he has referred the editor of the BMJ, Fiona Godlee to the committee on publication ethics for the journal’s handling of an article by Harvard Medical School Lecturer John Abramson that questioned the benefits of statins in a low risk population and suggested that up to 20% of patients suffer side effects. An independent panel had already unanimously ruled that the paper didn’t require his previous calls for retraction. If found guilty this could result in her being fired.

When Professor Collins initially called for the paper to be retracted in March 2014, he said “there are only one or two well-documented (problematic) side effects.” Myopathy, or muscle weakness occurred in one in 10,000 people and there was a small increase in diabetes he told the Guardian newspaper.

It’s instructive to note that the drug company, Pfizer’s (the manufacturer of atorvastatin) own patient leaflet states “common side-effects that may affect up to one in 10 patients include sore throat, nausea, digestive problems, muscle and joint pain.”

At the European Society of Cardiology congress meeting held in London last year the promotional doctor pamphlet for a new class of cholesterol lowering drugs stated “recent trials have reported the incidence of muscle symptoms to be as high as 16% in the statin treatment group”. An earier publicly funded double blind randomised controlled trial carried out in women revealed up to 40% reported increased fatigue within a few months of commencing moderate dose pravastatin or simvastatin.

Lack of energy is clearly not life threatening but isn’t the patient best placed to decide whether a side effect is interfering with the quality of life?

And we must acknowledge that it’s taken almost 30 years since statins were marketed for us to learn that the drug causes the development of type 2 diabetes within a few years in one in 100 people.

But the final nail in the coffin for those who suggest side effects of statins have been exaggerated was hammered in by a new study published in JAMA yesterday which concluded ‘Nearly 43% of people taking atorvastatin over 10 weeks suffered side-effects compared to 26 per cent of those on dummy pills, a 61% increased risk‘

And what about the benefits? Even when one analyses the selected industry sponsored data the median increase in life expectancy in those at high risk who have suffered a heart attack if they take this pill on a daily basis for five years is a mere four days.

But how many patients are explicitly given this information?

The misinformation on statins represents only the tip of the iceberg of a broken system of healthcare. In recent weeks in response to the exposure of a series of scandals including UK universities failing to deal with research misconduct the former editor of the BMJ, Richard Smith has called for statutory regulation stating “something is rotten British Medicine and has been for a long time.”

Effectively standing up to vested interests that threaten scientific integrity remains a significant challenge in Australia too. Last May all but one of the MJA’s editorial team resigned following the sacking of its respected editor Professor Stephen Leeder.

He had raised concerns over commercial influence on the journal whose publisher made a decision to outsource it’s production to global publishing giant Elsevier. Elsevier had previously published “fake” medical journals in Australia that were funded by pharmaceutical companies.

And as for the banned Catalyst ‘Heart of the Matter’ statin programme? The immediate past president of the Royal College of Physicians and former Queen’s doctor for 21 years, Sir Richard Thompson supports it’s reinstatement. “Maryanne Demasi rightly questioned the lack of transparency of patient based data in commercial trials, and the impartiality of medical experts funded by the pharmaceutical industry. My conclusion is that a truly independent review of the scientific basis for the use of statins is now needed” he told me.

It’s time to enter a new era of full access to raw data from industry sponsored drug trials. This is the only way to restore the broken credibility of clinical research so that we doctors can truly provide the best quality care for our patients. Until then let’s open our eyes and stop buying into the great statin con.

Statin
What to expect when you see a Naturopath
9 benefits of regular remedial massage
Are you too clean?
0409 651123